The brand new video for Ken Hensley's The Silent Scream' - taken from the new studio album 'My Book Of Answers' out now.

Some of Ken's Latest Work 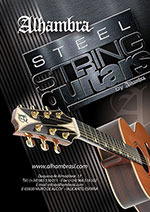